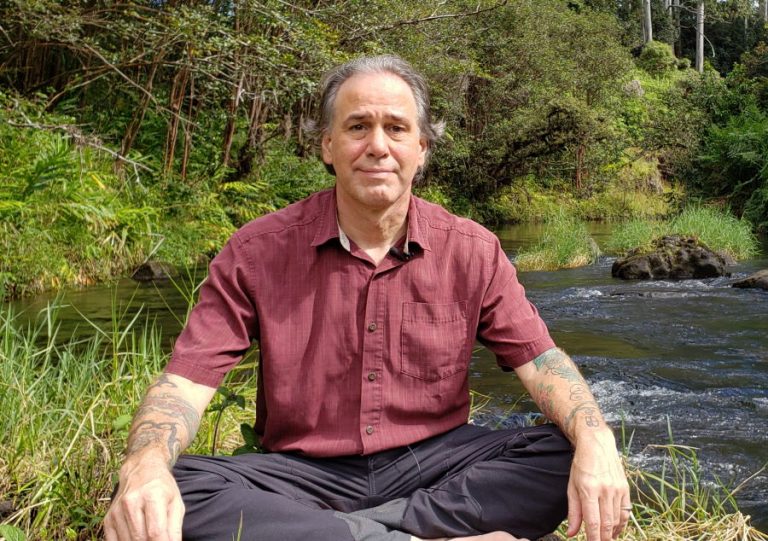 I am a Taoist, rooting my lineage from the natural school of Taoist discovery. I have been a Taoist my entire life. As a child, I spent most of my time wandering rivers and forests just exploring nature. I spent countless moments wandering up and down rivers and learning how to flow with life and nature. In this, I consider nature itself to be my first true teacher in life.

Later in life, I decided to understand human culture. Being a Taoist is wonderful, but we are each interconnected in a larger society. Humanity has created a subset of rules and beliefs to explore. So I went out and explored humanity for 15 years. In society, I was trained as a physicist and mathematician. Later I somehow also earned a mechanical engineering degree. How all this happened, I am not sure since I started as a marine biologist. One can get sidetracked when exploring life. I do remember being told by a job recruiter at AT&T, all I could do with a physics education (with an A- grade average) was to wash test tubes for AT&T, so I figure maybe the engineering degree could be useful for also washing dishes besides cleaning out a few test tubes. I was wrong; it didn’t help me wash dishes… but that’s life: live and learn.

After finishing several official degrees to fit in society, I went off in my disguise to discover what it meant to be in mainstream culture. I ended up working at first as an engineer building things out of Teflon. Then for a few years, I built paper airplanes and real airplanes. Every three years, I would just switch around for something new to experience. At some point, I began computer programming and chasing logic patterns. I spent time exploring the Internet and building Drug and Alcohol treatment systems for purposes of helping people recover and get aid. Later on, I even spent a year writing a few boring XML and programming books. However, I did manage to slip some poetry into those programming books. So officially, I am also a published poet. Heh! 😉

Back in 2004, I decided western culture wasn’t that exciting. The mainstream culture was indeed crazy from my perspective, but it wasn’t a fun crazy. People seemed to have a bad habit of stressing out and concentrating on not enjoying their life. While instead, as a Taoist, I would live kindly and always enjoy myself.

I decided to go back to writing and see what I could do to lighten things up a bit. I integrated my Taoist background with experiences revealed in mainstream culture and matured into a Taoist teaching practice of acceptance.

A Personal Tao grew out of this. Here I am today, helping others find a modest, graceful lifestyle. I teach Taoist practices (helping people embrace their story in life), and most importantly, use kindness to improve the world.

Of course, this history isn’t complete; I could write an entirely different bio about my personal goals to improve the public mental health care system, being an author, how I married my love Julie after knowing her for 3 days, stories about wandering the streets helping people, a corporate consulting business, a lifelong practice of patterning studies or the healing practice I have been refining. The fact is we are each a rainbow of experience and stories. In that, we each have much to teach and show in our stories to the world.

The lesson being: never define a Taoist Master by degrees or the past. Instead look to the actions of the heart and in the now. A Taoist Master is never who you expect, but rather the person living fully and uniquely as themselves while teaching acceptance along the way.

What’s next? We will see tomorrow; It’s always a day at a time.

As a child, my mother taught us how to make jewelweed juice as an herbal remedy for our poison ivy, and we brewed lemonade from sumac berries. I ate wild elderberries and had magical experiences with plants at a young age. I continued to expand this knowledge as an adult by working for the Forest Service in Washington State and learning about native plants. I completed my Master’s with a focus in Ethnobotany and went to the Southwest School of Botanical Medicine (500 hours) in 2002 to learn about Western Herbalism with Michael Moore and Donna Chesner.  Now, I integrate plants into my daily life and help others to do the same!

While in graduate school I went into a public health career working to improve access to public data through health information technologies. I served society at the federal, state and local levels for 15 years.  These experiences gave me a broad range of skills and understanding around public health and service.

My experience facilitating movement meditation started in 2002 at a studio called The Dance Matrix, in Bisbee, Arizona while studying western herbalism.  The experience of being in the desert was a magical part of my transformation.

I continued to explore Soul Motion with Vinn Marti, 5Rhythms with Gabrielle Roth and BrainDance with Anne Green Gilbert.  I spent over 450 hours studying with these teachers including several ten-day intensives such as Vinn Marti’s Soul Motion Mastery and Gabrielle Roth’s Medicine Dance as well as Mirrors, an in-depth look at the ego.  I found these practices helped me to be a more well-rounded person and move through life with more grace.  I often tell people that I would never have become a mother (one of my great joys) if I hadn’t practiced the 5Rhythms.  Teaching movement meditation and creative dance for over a decade has helped me deepen my dance as a spiritual practice.

In 2008, I moved to the Big Island of Hawaii and was introduced to spirit in a new way.  The path of shamanism, the most ancient spiritual discipline, opened up a whole new world – the spirit world!

Now, through destiny coaching, I help others find graceful pathways to living a life they love!  I teach people how to meditate who have never meditated before and helped others deepen or find a spiritual practice they love.  There are many styles of meditation. We can track our dreams to receive guidance.  We can balance our energy with Qigong. We can sit and meditate or dance and meditate!  We can balance our bodies with Plant Spirit Medicine.  Through spiritual practice and direct revelation, the possibilities are truly limitless!

To discover the Tao is to embrace the motion of our life. Experience connections, freedom and wild wisdom on the dancing path!

We believe that everyone has unique skills to share. By working together, teaching and learning, we create our path as well as community based upon universal ideals of kindness, compassion and graceful living.

Peace within your journeys.

We are a business founded upon kindness. Julie and Casey work to promote kindness and guide others to discover a complete life.

We have walked thousands of people successfully through a midlife crisis. Our process is simple and very efficient. Through regular meetings, we help people discover how to strengthen themselves in a manner that flows with their life’s direction.

We work with people via phone, internet, Zoom, WhatsApp and in person.

We also offer personal one-on-one retreats tailored to meet your specific needs and goals. Unlike other retreat centers that create large group experiences, we focus on you as an individual. Your retreat is unique so you can experience personal growth in a deep and profound manner.

Casey specializes in Mid-Life Transformation and teaching Taoism. Rather than watch a life break from a crisis, he helps each person transform relative to their needs and dreams. This sometimes includes helping a person create a path for his or her retirement.

Julie specializes in spiritual exploration. She is a shamanic teacher who helps people move gracefully in dance and dreams to discover and move with their spirit.

This is teaching, not counseling. Our goal is to re-introduce both growth and balance into a person’s life. We help people evolve past their old stories. Our teaching uses your own life as the source of materials to learn from. This makes the process personal, precise, and quick.

The best way to understand our work is to read through our recommendations and see the profound personal benefits of actively living to one’s essence.

Send Us An Online Note

See more on how we help others discover grace in their own life. 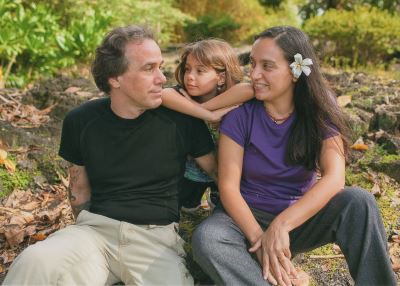