Working with thousands of students over twenty years has led to some unexpected insights and truths about society.

Here is a partial list of points to consider:

We can apply the lessons from how a person experience’s a midlife crisis, to learn more about what our culture is going to do within this time of crisis.

Let’s focus on the practical aspects of how to deal with a society that is in a midlife crisis!

The average person doesn’t deal well with crisis. The average person ignores crisis and lets damage build up into additional crises. It’s impossible to heal a midlife crisis that generates permanent damage.   When a society is in crisis, people actually often unconsciously reinforce the crisis. Why? Because people don’t like to change. Yes, 9 times out of 10, a crisis death spiral only happens when people do nothing and resist change.

Yes, we are now within a time of change. To resist that change, by default: mean to break in the future.


Recognize our society is trying to change, trying to become a more mature culture, but that only happens if we mature as individuals.

Instead of trying to stay the same. Ask now: what is it time to become?

The next few years are all about change, but at some point, you won’t have the luxury to be proactive in your own change process due to events getting bigger and bigger than a normal person’s life.

You can get ahead of future shock.

If you think you can’t be proactive now, then how are you going to fix up your life when the culture is breaking down around you?

Kick it into gear now! Change into the person you want to be!

If you stay the same now, you only reinforce the very things you see breaking down around you now.

Discover how to recreate your life story and move past old trauma using teachings from Taoism and Shamanism.

The 2 hour class goes over:

The Midlife Crisis of America


Starting in 2011, I got a spike of people in their twenties coming to me worried about midlife crisis. It was very unusual since they weren’t in a midlife crisis, and yet they had many of the symptoms of a midlife crisis. Since a person is a reflection of the culture they live in, a culture in midlife crisis would force the feelings of crisis to ripple down to the people. The solution was to teach the younger souls how to live outside of mainstream society and reinforce their own strengths and lifestyles. For more information about this refer to our quarterlife crisis articles.

Another interesting truth: different segments of the US population reflected the social crisis at different times and in different ways. I remember watching the American Tea party movement in 2009. It was an unusual political movement that had many midlife crisis markers baked into the movement itself.

Society changes slowly through its many groups, where different segments of the population are reacting to the crisis at different times, and in different ways. By 2012, social stress was impacting my students so severely that I ended up writing the Changing World handbook teaching how to adapt to the social crises unfolding in the world.

Society changes slower than people realize. A surface-level change can happen rapidly, but deeper change for a social system takes decades and even centuries to manifest. Change is measured by decades in society compared to months for an individual. While people go thru a midlife crisis over a period of 2-5 years, society itself could take several generations to process the ramifications of a midlife crisis. I could make the claim that Jesus went through a midlife crisis 2000 years ago and then look at how Roman culture went through hundreds of years of social change & upheavals based on the results of his midlife transformation.

My opinion is that America started a midlife crisis in the ’60s but it was rapidly suppressed by the leadership by the mid-’70s.  I use the financial crisis of 2007/8 as the visible starting point for the second stage of America’s current midlife crisis.

I work in 15 cultures and help students relocate around the world, so this means I have been tracking crises at a global level for 25 years.  From my data, the conclusion is that climate change kicks into high gear by 2027. Impacts from climate change will cause the way people change their lifestyles to shift dramatically. I suspect the crisis of climate change will magnify the problems of our social midlife crisis and the two processes will merge together.

Discover how to recreate your life story and move past old trauma.

Below is a general outline of the 2 hour course:

Get Help to Regain Balance

Signposts for a Cultural Midlife Crisis

America is showing the signs of a midlife crisis. The signs won’t match to what we experience in midlife as individuals, but we will see similarities in drastic lifestyle changes and the challenge to reconcile what America was compared to what America will be in 15 years.

What are the symptoms of a cultural midlife crisis?

How to Transform Society


If America is experiencing a midlife crisis, what can you or I do to turn cultural crisis into cultural reform? How can we help our culture improve and change over time?

Resolving a cultural midlife crisis is like trying to stop a moving train. The motion of cultural events are larger than any single person. The polarization of viewpoints and heavy judgments in play cause all discussions to go straight to conflict. This means the more you try to help, the more you will get exposed to conflict. Yet if you do nothing, then everything falls apart.

Here are several layers of response to America’s midlife crisis.

Please share your ideas and experience in the comments below.

Gain Access to over 45 videos (including our paid videos) via our $25 Membership!

All Videos
Midlife - All Articles

All sessions are by appointment only.
Over Phone, Internet and In Person.

Come Join us in an Online Retreat Session. 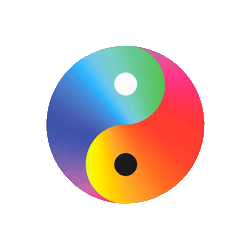 Peace back to you David.

Here is another angle to the article.

As you know from your experiences as a leader in larger companies, this crisis has also expanded into the corporate world.