Let’s answer the following question about handling a crisis.

What is the Taoist perspective on periods of personal crisis? Is it something that we must go with; to follow in its natural course, and not do anything of an unnatural manner? Does Taoism ever advocate perceiving a crisis as something that should be intervened upon? (For example: calling crisis intervention workers). Put another way: how do you think Lao Tzu would act (or not act) in a period of personal crisis/stress? 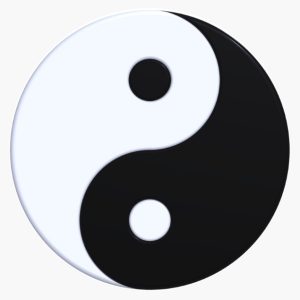 First, you must do what feels right. For example: sometimes you do have to go against the “flow“. Salmon swim against the flow of the river to breed. It’s not easy for them, in fact, it kills them, but it’s part of their larger life cycle of reproduction, a larger flow than the river itself. In other words, we are surrounded by many currents of life. People get so focused on “right actions“, that they then end up resisting a more important larger flow of their lives.

… and not do anything of an unnatural manner?

We are of nature, relax, feel everything around us. Take a breath and assess what is moving about. When you label possible solutions as unnatural, it means having placed limitations on defining the situation. This, in turn, makes it harder to act.

Does Taoism ever advocate perceiving a crisis as something that should be intervened upon? (For example: calling crisis intervention workers). Put another way: how do you think Lao Tzu would act (or not act) in a period of personal crisis/stress?

Depends on the moment and the situation of the crisis. Asking this question defeats any answer since it shifts the problem from reality/the moment into the mind. Any pre-conceived answer of mine could never match the moment described by this general question.

Therefore Lao Tzu would shrug his shoulders if asked this question and continue whatever he was doing. As stated in this way: it’s a mind game and not reality. If something were happening in front of Lao Tzu, he would assess the situation and then move along a path that flows with kindness into acceptance.

A crisis is a point of potential. Many possible answers exist on how to resolve any crisis. While we might look at a crisis as a negative event, positive outcomes can also arise due to the crisis itself.

Look at the definition of crisis:

A Taoist views a crisis as an opportunity to explore and improve the experience of life itself.

When a crisis represents a turning point for another person, A Taoist often acts very simply or not at all. To overreact removes the power of the situation to help those involved learn and make it past the transitional stages of the crisis.

A simple and non violent example: Zen often uses riddles of contradiction to teach enlightenment. The riddle is often something which is both illogical and a contradiction. The riddle works by creating a crisis of logic which literally breaks the mind out of one pattern and into a new direction.

In the previous Zen example. If I were to answer the riddle for another person (or look up the answer in a book), it prevents the whole process of the mental crisis trying to resolve the logic vs. illogical contradiction. So answering the riddle for someone else does more harm than good. In this example: knowledge (a solution) is never the goal; rather, the experience of the crisis and the new directions inspired by it: are the goal.

However, if a person was about to “harm” themselves in trying to resolve a crisis, then outside help could be important to help that person resolve the crisis (i.e., help from crisis intervention workers). After all, sometimes it takes time and several attempts to resolve longer-term problems and a more complicated crisis.

So in effect, you have given me a riddle with real-world consequences. As such, the answers are even more difficult to resolve due to real-world consequences of actions. No easy answer exists, since by the principle of Yin and Yang: all answers contain beneficial and harmful effects elements. So to a Taoist, this leaves only one course of action: you follow what feels right and with acceptance: then at least you have done the right thing as you acted to your nature. Then you move on: a moment at a time.

It’s never about an answer; it’s always about the journey.

A classic answer to how to solve a problem or crisis in Taoism is to be as water. So let’s explore this answer on being like water.

How does one flow and be at peace at the low times?

To cascade down the cliff and yet tumble down with joy as we encounter each leap of faith to our next destination.

In Taoism, we teach over and over again how to be like water. So many reasons why and also simply because we are water.

We are water (our blood), and stone (our Bones) and air (Breath), and fire (Burning our food to be alive).

As life flows with water, overcome challenges by becoming full and flowing around obstacles and those who would dam(n) you for their own purposes.

The truth to remember about water is:

It has patience above all else,

Water patiently takes eons to work it’s way thru every crack, to wear away all that stands before it. To follow water’s example is to know it’s in the simple continued actions that make a difference. With patience and simple but kind actions, we do turn around any crisis we face with ne patient action at a time over time.

At the start of the day:
What’s important for the end of the day?

Answers can be analyzed down to:
— Nothing —

Nothing is a starting point.
Spring into — following yourself.
Then match and choose something else.
Letting it all fall into place one moment at a time.

This is the way:
Nothing becomes one
and one becomes two
and two become the 10,000 things…
This is the Tao.

My nine-year-old son Clayton replied when reading this,
“Feeding the animals is important at the end of the day.”

It was an automatic answer to the question. No fuss or worries, at the end of the day dad we need to feed the animals that depend on us.

Children are of the Tao, because children tend towards actions that feel right, without hesitation. Each action springs forth and we live in the dance of those actions.

The Tao: As an example, is a river.

A person: A single eddy,
in motion with the water,
moments of swirling,
reflecting when still
swept quickly other times upon the currents.

But all within a river which flows.

Where the river isn’t only a river, rather, it’s a cycle within larger cycles. The movement of water is part of a much larger river of moving patterns.

From spring to stream to river to sea to cloud to rain to earth to spring.

Now unfold and repeat until grasping that each point in this cycle is the same moment amidst the many which form the Tao. This is the most elemental truth of how the interconnections harmonize between everything in nature. 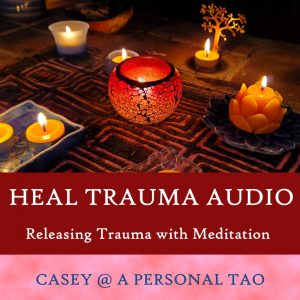 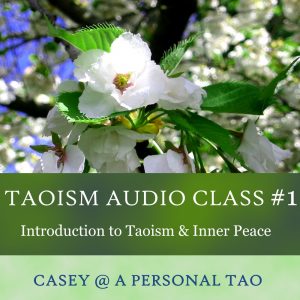 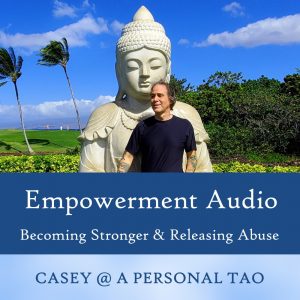 Julie and I teach from a wide collection of tools that will help you find peace and release crisis. Often addressing deeper truths require outside assistance to gain new angles that resolve out the internal conflict a person is holding. We teach you how to release judgments that hold you back and then flare up later to diminish you. We work with Taoist and shamanic tools that add in a grounded spiritual component to resolving out the crisis. 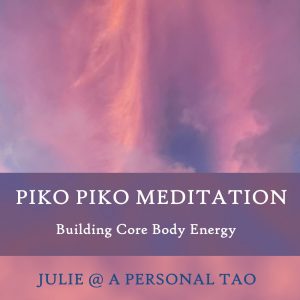 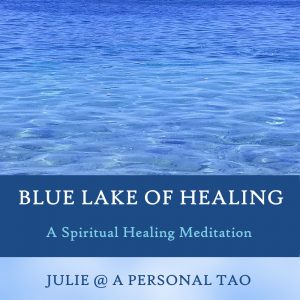 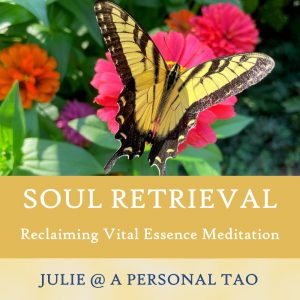 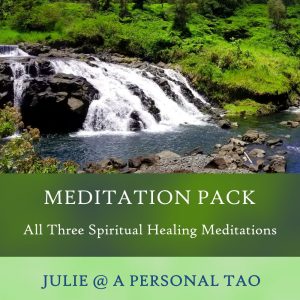 Back To Taoism Library

Thanks Bebe. I love that Proverb.